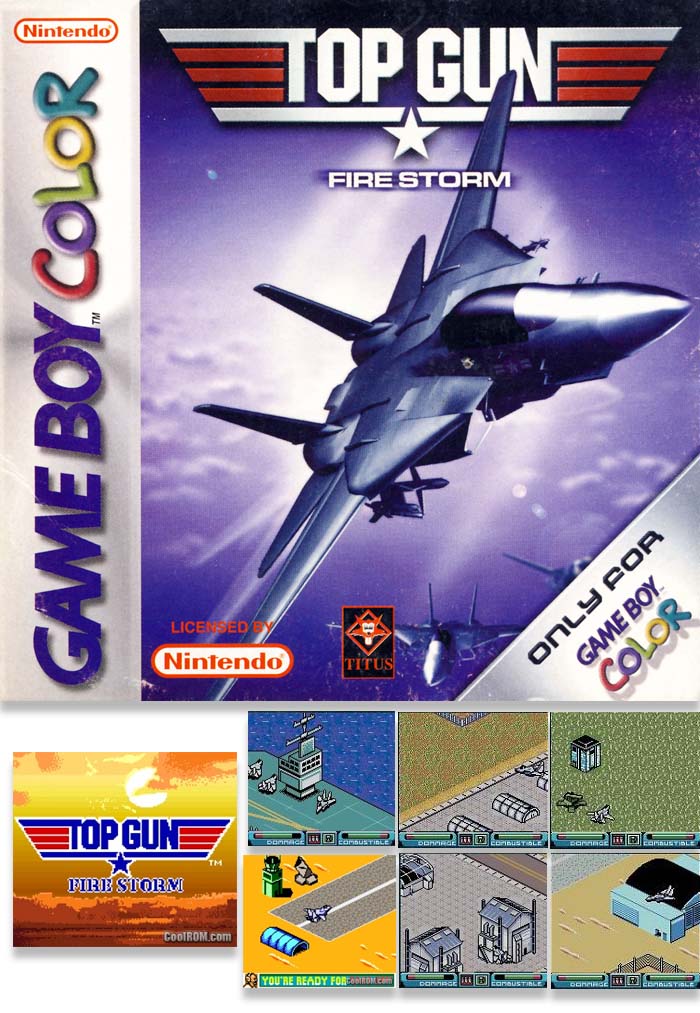 I created the graphics for Top Gun Firestorm while working for Fluid Studios Limited.  The game was a fairly simple 8-way scroller, with the player completing various missions such as finding and destroying targets.  That’s as much as I can remember, as it was such a long time ago.

Looking back, I’m reminded just how basic the graphics were on these old handheld game consoles were.  Looking at the device specifications here I can see that the screen was a miniscule 160×144 pixels and sprites were 3 colours (four if you include the transparent colour).  I’m also reminded of the ‘sprites on a line’ limitation.  If during the game, if you had more than 10 sprites on a line at any given time (quite easy with things bouncing around the screen) things would go a bit pear shaped, with sprites flickering.

Although the graphics look extremely basic by today’s standards, a lot of meticulous work went into creating them.  Each pixel was placed manually in a package such as DPaint.  Also, as you had a set number of palettes, I remember it was quite difficult tracking the colours.

I’m also reminded by the above screenshots that programmers used to get more colours into the backgrounds my updating a background colour per scan line, effectively creating more colours on screen than the hardware was designed to display.  The sky image above is an example of this.

The game was designed and coded by Nigel Speight.