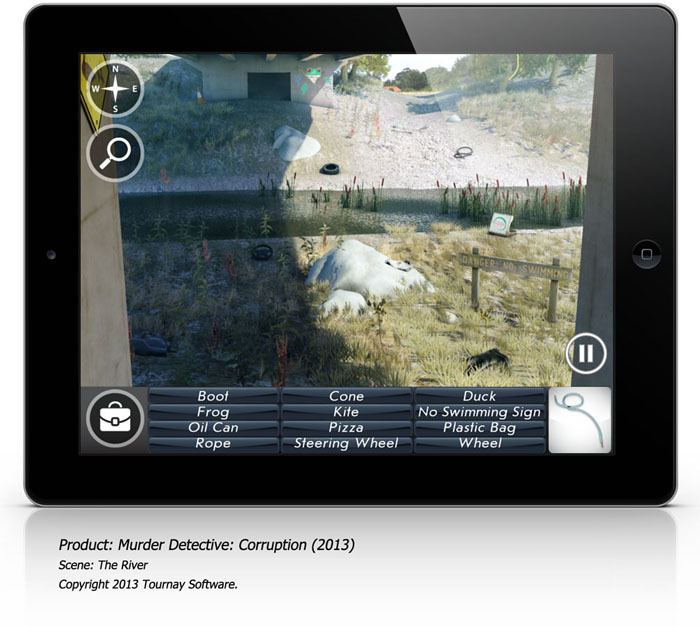 Hampton River was the primary location for the first of Tournay Software’s Murder Detective products.  It was actually the first Mental Ray rendered scene I created, so it’s interesting to note the differences between the original scene (below) and newly updated scene for Murder Detective 2: Corruption (above).

Although the original scene is fairly sparse in terms of ground detail, it took a lot of effort to get that detail in there!  This is because I mostly did it using large texture maps.  I used a different method for texturing the ground in the new scene – one that used vertex colour data as a texture mask.  Vertex colour data is not used by Mental Ray at render time, so you can can use it as a masking tool.  Two detailed repeating textures were applied to the floor (dirt and grass).  Where vertex data was light, the mud was visible.  Where vertex data was dark, the grass was visible.  It’s a simple but effective solution to the problem of getting variation and detail into large areas.

The original scene looks quite basic now in comparison:

The new scene also features hundreds of 2D grass blade textures.  I sourced the imagery for these myself using some home made chroma key sheets (see below).  The physical grass blades really help to bulk up the scene, however I found that I had to do a lot tweaking with the shadows cast by the grass.  Too dark, and the 2D grass geometry starts to become apparent.  Not dark enough, and the scene looks a little flat.

Here’s one of my Blue Peter style chroma sheets.  I made a bunch of them out of A4 day glo card, laminated with matte sleeves to reduce reflections.  I primarily use green and magenta, it depends what you are trying to isolate.  You can buy pop-up chroma pads, but they are expensive.  And I’m a cheapskate: 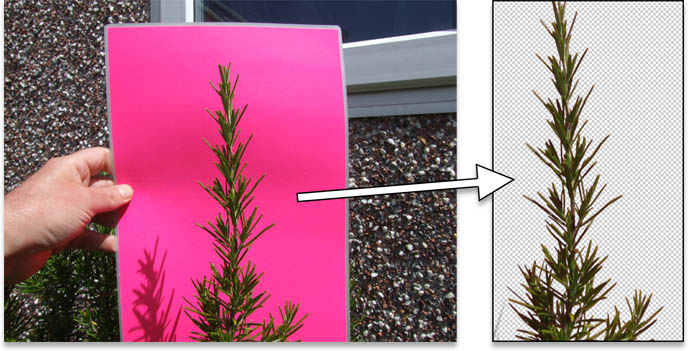 Hampton River also required a bit of animation.   At the time I did this, I didn’t really have much experience with animation.  However, as the scene didn’t require any character rigging / animation, I went ahead.  I did a crazy amount of compositing for these scenes, which probably isn’t noticable on these screenshots.  I also rendered the images at way too high resolution.

Oddly enough, the trickiest part of doing this animation was working in a rotated format. 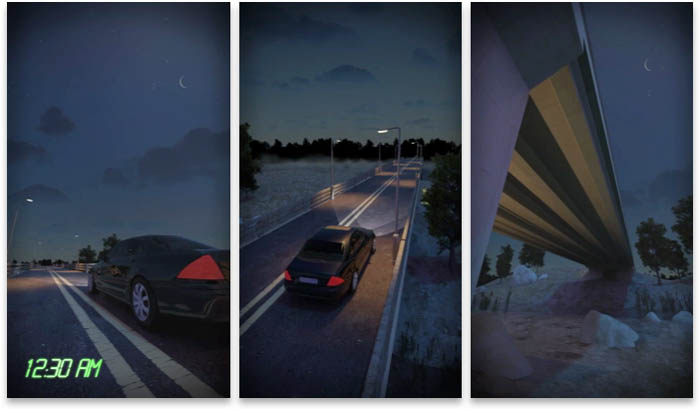