It was 2016 when I originally worked on Football Clash-All Stars. Back then contract work was thin on the ground, so I was freelancing as a vehicle photographer. This meant I wasn’t able to dedicate a lot of hours to the project initially.

I originally worked on the technical implementation side of things, figuring out the formatting before handing the reins to a friend of mine, Jamie Woodhead. He created a set of original pitch designs in 3D Studio. I did quite a bit of work on the front-end art, including the level selection renders. I’ve actually forgotten most of what I did – as I say it was a while ago. As part of my involvement, I helped outsource the character art along with the audio. The cool characters were created by the team at Axion Studios, a great little studio based in Hong Kong who I have known for many years.

The product was originally titled Soccer Manager Arena, but renamed early 2018 as Football Clash – All Stars. In 2017 significant updates were made to the game, which included a slight modification of the pitch artwork and the production of a set of real-time 3D versions of the pitches. The product was developed using the Unity engine, so I was able to optimise the geometry and test the results as I went along. Below is an optimised mesh prior to export: 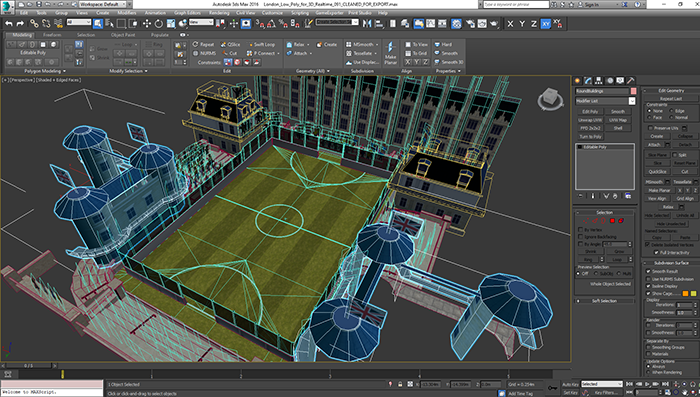 The pitch updates included a perspex barrier around the perimeter (like an ice hockey rink). And, the penalty arcs (I had to look that up) had to be tinted a different colour. The trickiest part of the job was converting the 3D crowd members into 2D quads. I can’t remember exactly how I did this now, but it was damned fiddly. The 2D versions had to be animated too, I think I did that using Anime Studio 10. 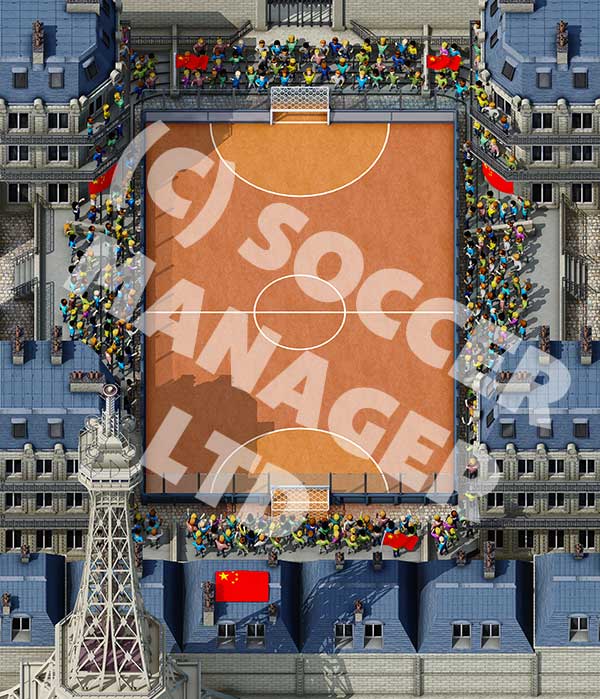 Although they look relatively basic, the pitches had a lot of effects layers (ambient occlusion etc.) They also required a number of mask patches, so as to enable the player sprites to be rendered ‘behind’ parts of the scenery such as the lower perspex and goal. There was enough detail in the pitches to enable me to produce some pitch-level shots, used for promo purposes.

I think that a lot of the front-end artwork was updated/changed in Football Clash, but here are some elements that I managed to find via Soccer Manager’s website that show the icons: 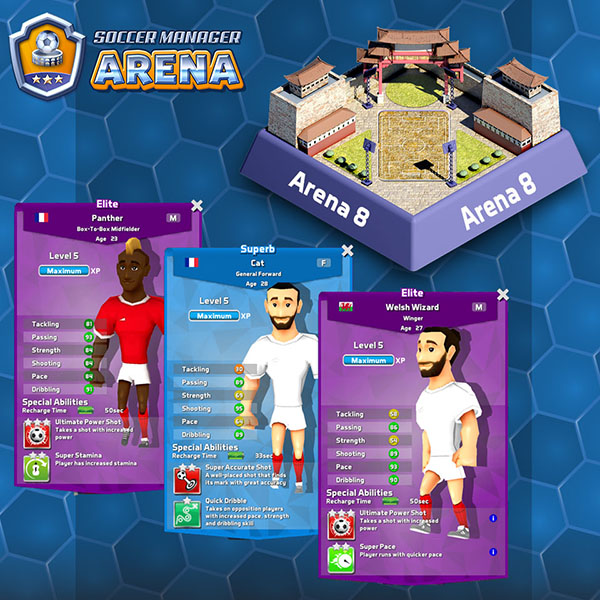 The product appears to have some good reviews, scoring 4.1 / 5 with over 46K reviews. If you’re into football, I’d recommend heading over to the app store and downloading it.