BattleBallz Chaos was a game designed by co-Pocketeer, Mat Hopwood.  I say designed, I think it’s fair to say that it actually evolved from Mat’s foray into the world of Microsoft Silverlight.  It originally started life as an online tech demo.

I took Mat’s Silverlight game and created some graphics for it in iPhone resolution – then 320×480.  At the time I was experimenting a little with pen and ink.  Being a digital artist, I haven’t really used traditional materials.  So probably for the first time ever, I sketched out the game graphics before painting them in PhotoShop.  No idea what this freaky thing is: 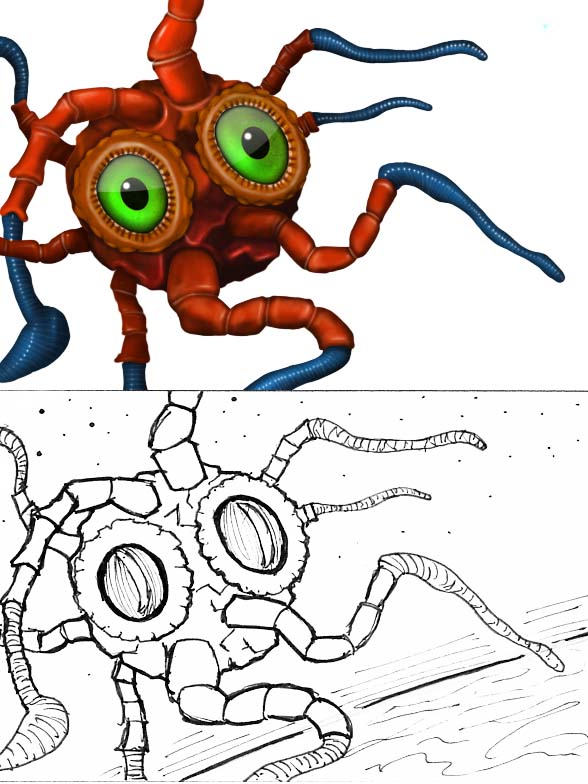 Mat coded the game and it went on sale.  That was the point when Mat and I realised just what a tough business self publishing would be.  When it comes to getting things for free, I hold my hand up and say ‘yes please’.  But I didn’t realise just how obsessive the general populous was about getting something for free.  Literally within hours of releasing the BlackBerry Playbook version someone went to the trouble of recording and releasing a video highlighting the fact it was free for a limited period.  He hadn’t even played it! 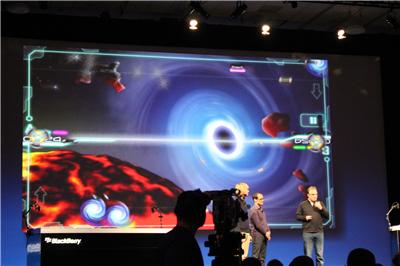 Perhaps the most surreal thing about BattleBallz Chaos, is the fact that it was demoed on stage at one of the BlackBerry conferences.  This weird little game running at 320×480 pixels was blown up and shown to vast numbers of people as part of the Marmalade SDK presentation. I really didn’t anticipate that when I drew out the graphics.  I probably would have gone that extra mile to up the quality.  Maybe there’s a lesson to be learned here: Don’t release any graphics that aren’t 100% happy with – you never know where they may end up!

Needless to say, we won’t be retiring to the Bahamas on the proceeds of BattleBallz Chaos anytime soon.  But, it was an interesting diversion into the world of self publishing.