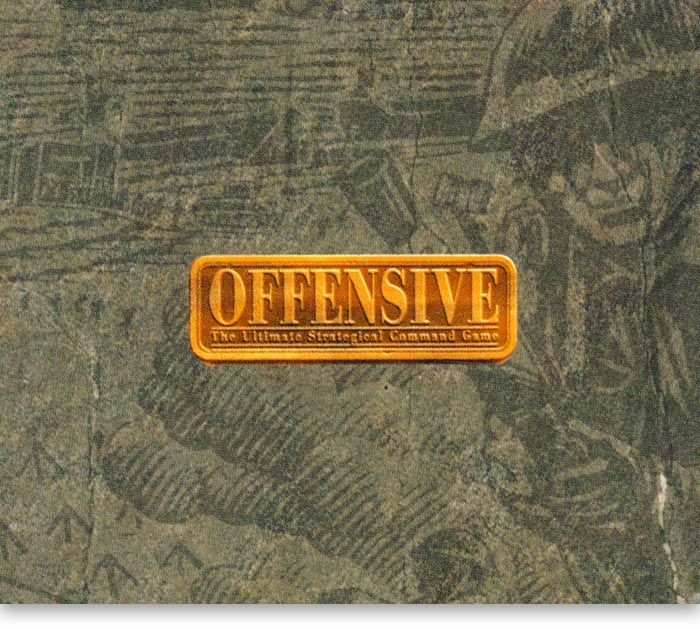 Offensive was an original game developed by Wave Entertainment in Dewsbury, West Yorkshire.  The game was designed by Stephen Hales and Gavin Wade for the PC.  It was published by Ocean Software.

For this particular game, I had to ‘destroy’ all the pixel art drawn by pixel artist Stephen Hales.  It was an isometric game, so it was literally a case of taking the original graphic and creating a version of it that was blown to pieces.  Bridges, houses, trees, churches – you name it, I destroyed them all.  The one thing that concerned me about Offensive, was that the game itself looked quite dated as we were creating it.  It was 1994 and many studios were starting to make good use of 3D software such as 3D studio R4 (the DOS version of 3D Studio that eventually became 3DS Max).  It seemed a little odd that we were having to hand draw a considerable number of object rotations when they could have been rendered.

Wave did however harnass 3D for the game cut-scenes.  Those were handled by a guy called Jason Butterley.  And, they were a real eye-opener for me.  Jason was particularly good at explaining all the principals of 3D art development and he helped me get to grips with 3D for the first time.  I went on to work with Jason for a couple of years afterwards at a different studio.

As for Offensive, well – I’m not sure how well it did when released.  I can’t find any screenshots.  I did however, track down a copy via eBay and have added it to my pile of games for posterity.  Will a game designed for Windows 95 run on Windows 7?  Maybe I should see if I could get it running.